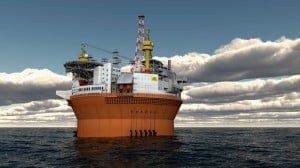 Overview:
Goliat is an oil field in the Norwegian section of the Barents Sea. Being developed by Eni Norge and Statoil, the project is planned to yield oil from wells, fed through a floating production, storage and offloading (FPSO) facility. Shipbuilding giant Hyundai is completing the FPSO at its South Korean shipyards, for subsequent shipping to its position close to the well heads. As with any facility designed to handle fuels, the design of the FPSO embraces the highest safety standards, to minimise the risk to staff.

Outcome:
Flamgard were required to supply fire dampers, shut off dampers and general dampers for use in the construction of the FPSO. Due to the highly aggressive environment the facility will operate in, all items were manufactured in stainless steel, while special controls were developed to manage the dampers.